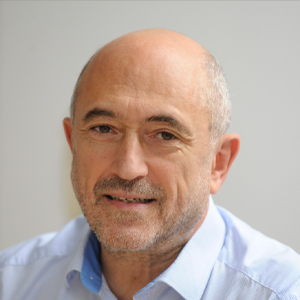 János Kertész obtained his PhD in Physics 1980 from Eötvös University. He worked at the Research Institute of Technical Physics of the Hungarian Academy of sciences, at the Cologne University and at Technical University Munich. He has been professor at the Budapest University of Technology and Economics (1992-2018), and since 2012 at CEU, since 2018 as Head of Department of Network and Data Science. He was visiting scientist in Germany, US, France, Italy and Finland. He is interested in statistical physics and its applications, including percolation theory, phase transitions, fractal growth, granular materials and simulation methods. During the last 25 years his research has focused on multidisciplinary topics, mainly on complex networks as well as on financial analysis and modeling. He has published more than 280 scientific papers. He has been on the editorial boards of Journal of Physics A, Physica A, Fluctuation and Noise Letters, Fractals, New Journal of Physics, Physical Review E, Computational Sociat Science and J. Phys. Complexity. His work has been awarded by several recognitions, including the Hungarian Academy Award, the Szent-Györgyi Award of the Ministry of Education and Culture, the Széchenyi Prize, the title of Finland Distinguished Professor and the Korean Benjamin Lee Professorship.