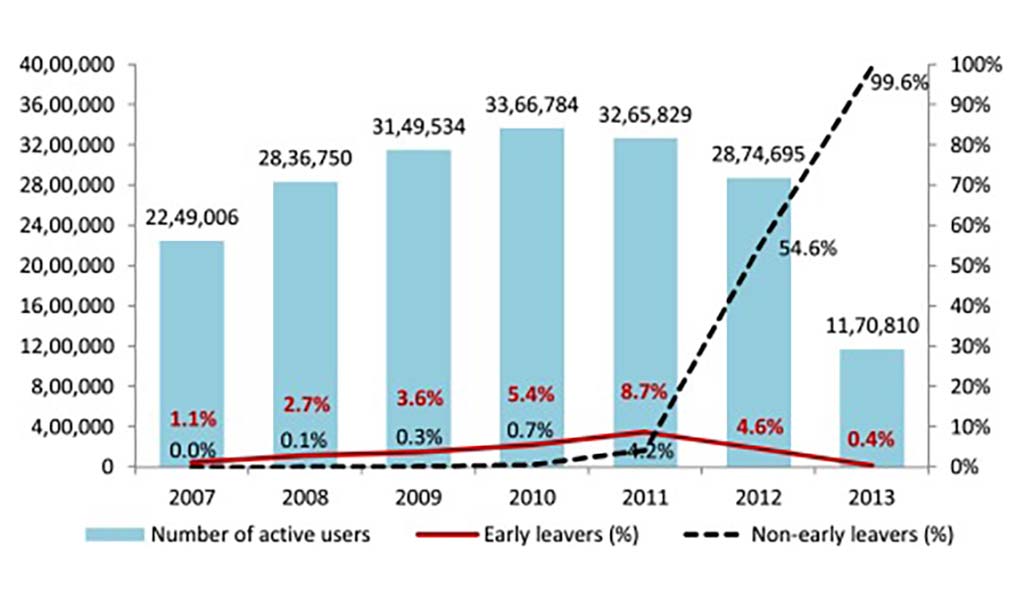 Collapse of an online social network: burning social capital to create it?

The last decade has shown that sometimes even the largest online social networks (OSNs) collapse. Significant cascading mechanisms have been identified in the pattern of abandoning the OSN iWiW at its peak of popularity and after. We set out to examine the key actors who were the first to leave their networks by contrasting explanations based on the structural position of users in the network. Using heterogeneous choice models, we found that a higher number of connections as well as less clustered ego-networks hindered early abandonment while early adoption was only a secondary factor.